Six years ago when Damini Pahwa started Appsoleut Coders, there was a sense of skepticism. Women didn’t really run the show when it came to apps and more so games. It has been perceived as a male-dominated domain but six years and 150 million downloads later, Pahwa and Appsoleut are here to stay. “Gaming has always been an integral part of my growing up. I always chose games over my studies…which was such a struggle for my parents. But they are proud today,” says Pahwa, co-founder and CEO Appsoleut Coders.

Pahwa is not alone. Giving her company in the app and game development sphere are Abhinaya Chandrasekhar and Raskha Rao who head The Unscripted Life and Parjanya Creative Solutions respectively. Chandrashekhar was working as a strategic brand director at a global advertising company when she decided that she wanted to “jump into the uncertain vortex of chaos, or entrepreneurship about four years ago.”

She worked her way up by taking up projects that helped her learn about new product development, design, tech and going beyond her domain knowledge.

Pahwa has been a hardcore gamer all her life, so it was an industry where she wanted to make it big, so to speak. Chandrasekhar, on the other hand, was clear that she wanted “to help children discover the world better.” And thus came MysticLand World Discovery, a platform for kids ages 7+ to sharpen their smartness quotient via a daily newspaper, facts, quizzes and games. The idea behind her app, according to Chandrasekhar, has helped convert what would have been a regular newspaper into an animated daily with powerful characters storytelling news as conversations. “It is a fantasy universe with magical creatures who help kids learn about the world,” she says. 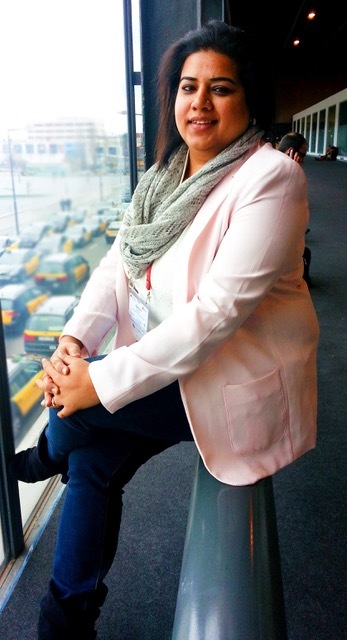 Till date, Chandrasekhar has made four apps — two for large corporate travel and hospitality clients. And the other are MysticLand, her source of pride and joy.

Pahwa too believes that it’s quality and quantity that matters and that making games is tough, demanding and requires a lot of patience. “We work on no more than 2 titles per year, focusing more on the content of the game and making them feature rich,” she explains.

Rao, has worked in several roles in the last 20 years in the tech industry, but decided to work on a Yoga posture correction application called Prayoga. With a family of Yoga practitioners and teachers at home, Rao and her husband set out to use the app. Here’s where the body tracking technology that was available in iPhones to create a breakthrough application. Theygot in touch with Apple accelerator program in Bangalore and made the app better for users.

Chandrasekhar is based out of Mumbai where her creative studio also works out of. She is a mon to a 1-year-old girl and says the last one year has been a whirlwind because of the pandemic, a “very traumatic” delivery and of course creating and launching MysticLand. Chaos, she says, is the life of an any entrepreneur. “I remember sitting at the hospital two days post delivery and closing a product for an International airline. Juggling all these is possible as long as priorities are set straight,” she says.

Rao works out of Bangalore and along with being the CEO of the company, mother of a 2-year-old baby, she is also working towards her Masters in Carnatic Music from Jain University. Not only that, she also runs a music school called Mahati Nada Kendra.

Three years ago Pahwa and her team developed a game called Indian Train Simulator. She was responsible to update the game from the developer dashboard and instead of beta launching the game I did a full-fledged launch by mistake. “We had to really hustle in the beginning. We started out really small, working from a basement with a small team of just 5 people. But it has been an incredible journey so far,” she says.

Is it a man’s world out there in the tech, gaming and apps domain? “Absolutely,” says Pahwa, before adding, “did you know that there are just 23% women in the entire gaming workforce, globally? And in India this number is obviously much smaller.” Has there been any sense of inequality these women developers have felt? “I wouldn’t call it inequality, but more to do with the lack of enough women representing this field. I am often the only woman in the room part of any tech discussion which is quite upsetting,” says Chandrasekhar.

The gaming industry, as per Pahwa, has definitely been a male-dominated one since a long time. Games are created keeping in mind ‘men’ as their primary players and are also marketed in the same way. “We need to break this stereotype and start marketing this industry and it’s games neutral rather than gender specific,” she says.

What Was Supposed to Be the Next Big Thing but Flopped?

The Most Effective Free Television Present Episodes On Youtube

Tesla surges as fund managers face big decision: How much to...