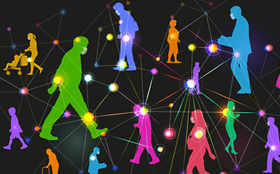 The Covid-19 contact tracing app in the UK, based on the Google-Apple technology and downloaded by at least 19 million people, have failed to warn users if they were in close contact with infectious patients, the media reported on Tuesday.

The Covid-19 exposure notification app used in England and Wales failed because of a code error and thousands of people were not told to quarantine even when they should have been, according to a report in The Sunday Times.

“The ‘world-beating’ NHS Covid app has systematically failed to send alerts telling people to self-isolate after they came into contact with infected people,” the report said.

A UK Department for Health and Social Care spokesperson told The Guardian that the app was “the only app in the world using the latest Google-Apple technology to better gauge distance to identify those most at risk.”

Launched in the UK on September 24, the exposure notification app is developed using Google and Apple’s Bluetooth Low Energy-based system.

However, the code error in the app was only discovered last week when a “shockingly low” number of warnings were issued.

The root of the error was a decision to incorporate a measure of “infectiousness” into the app’s code.

While the app was under testing, it used a simple metric that recommended isolation for anyone who had been in contact — closer than 2 metres — with a potentially infectious person for 15 minutes or more in a single day.

However, just before the launch, it was adjusted to take into account when the sick person’s symptoms began.

“As a result, users were only told to isolate if they had spent 15 minutes close to a very infectious person, or nearly 40 minutes near someone who was pre-symptomatic but still thought to be shedding the virus”.

The error was discovered when the engineering team added another update to the app, which could more accurately manage exposures at a distance over a metre away.

On April 10, Google and Apple announced a joint effort to enable the use of Bluetooth technology to help governments and health agencies reduce the spread of Covid-19 through contact tracing, with user privacy and security core to the design.

Golden Globes 2021 Winners — the Full List of All the Awards

Wonder Woman 1984 May Release on HBO Max a Week After Theatres: Report

Samsung Galaxy A12 Could Be Priced Under Rs. 15,000, Launch Expected Soon

Japanese companies go high-tech in the battle against food waste –...

6 things you must know about a new WhatsApp OTP scam...