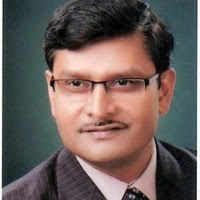 Samsung is one of the top patent filers in the world. Including in India, where it has just completed 25 years. Its R&D centres in Bengaluru and Noida have filed 3,200 patents to date.

The patent filing culture has over time become so institutionalised and broadbased that in the last five years, 80% of filers have been first time creators. Many who join from campuses file within their first three years.

“Initially, they may be co-inventors. But many become independent inventors often in five years or less,” says Aloknath De, CTO of Samsung R&D Institute India.

The patents the youngsters file are typically around things they themselves like to play with – camera, multiple cameras on a phone, social camera for instant sharing, selfies, avatars, small video clips. Smart homes, and algorithms to measure health & fitness on watches are other areas of patent interest. Among technologies, AI, IoT and 5G are the focus areas in India.

Around 2012, Samsung’s India unit set up a specialised IP (intellectual property) team, and a portal that provided details of past patents, where these are used, the company’s Hall of Fame of patent filers, emerging areas that are ripe for patenting. Freshers are encouraged to explore the portal. “We then provide basic invention creation training – there are different techniques for how to ideate, methods like design thinking, Triz (the Russian acronym for Theory of Inventive Problem Solving). We provide coaching and mentoring. And then we provide advanced inventive step training – to help them understand how to structure their claims, to help them broaden their horizon, if they have an idea for mobiles, can it be used in wearables, in TVs,” De says.

Patent filers receive awards, the amount varying depending on the quality of the patent. Two-thirds of the 250 to 300 patents filed annually in India are also being filed in other global locations. “Many standard essential patents (SEP) have also come out of India,” De says. SEPs are those that are essential to implement specific industry standards, and therefore used by many companies. SEPs imply big recognition globally, they could even earn the company significant royalty.

There’s been a surge in patents filed in India in the last three years. “And now, 25% of the high quality patents filed are being commercialised, a big jump from four years ago. Patent filing will be key to our mission of powering digital India,” De says.

Twitter Said to Hold Discussions for $4-Billion Takeover of Clubhouse